Ronny Quevedo’s Lines on the Floor

During Hispanic Heritage Month, we are highlighting artists recently featured in Comunidades Visibles: The Materiality of Migration, which was on view at Albright-Knox Northland February 12–May 16, 2021. The exhibition brought together artworks by first- or second-generation immigrant Latinx artists whose creative practices celebrate their communities and convey urgent stories about historical and contemporary immigration. Today we focus on artist Ronny Quevedo.

Considered neither “Latin American” nor “American,” the Ecuador-born/New York City–based artist Ronny Quevedo belongs to a generation of contemporary Latinx artists that often go underrepresented. However, it’s also this heritage and the way that it encompasses his parents’ lives and the collective experience of immigration that he explores in his large-scale installation practice, wall-based drawings, and collages.

Quevedo’s practice is influenced by both of his parents’ professions. His mother, a seamstress and a dressmaker, has even helped him create several recent artworks, including topografía lyr(ic)a, which appeared in Comunidades Visibles. Many of his material choices—thread, wax pattern paper, and muslin—allude to her labor.

His father, on the other hand, influenced Quevedo’s interest in sports, especially soccer, basketball, and the Mesoamerican ballgame Ullamaliztli, which dates to 1650 BCE. Quevedo’s father was a professional soccer player in Ecuador, and when the family moved to the United States, he worked as a referee and joined a local amateur soccer league.

Migrant families from Central and South America and the Caribbean largely make up and coordinate these leagues. The weekly convening of these individuals—who, despite arriving from different places, share a language and the experience of assimilating to life in the United States—came to carry a ritualistic significance for Quevedo. The teams often played indoors on basketball courts, revealing for the artist, the ways such sites can be repurposed and reinvented.

In the killing floor (el piso de matanza), the large-scale floor installation made for the Albright-Knox exhibition, Quevedo layers references to historical and contemporary sports: a gymnasium floor marked with lines for basketball is rearranged to evoke the “I” formation of grass fields used for Ullamaliztli. Metal armatures placed atop the floor recall soccer goals or goalposts but function here instead as supports for drawings on muslin. Above, decagonal structures evocative of the stone hoops used in Ullamaliztli are made from plastic milk crates like those that often serve as basketball hoops in the Bronx, where Quevedo has lived since 1982.

“The leagues had rules about uniforms and playoff systems; spectators paid entry fees to watch the games and could buy Ecuadorian dishes like muchines, empanadas, and fritada. Noticias del Mundo, a local newspaper, reported on the games. The entire enterprise existed on the margins of mainstream culture,” Quevedo states.

“By altering the function of lines on the floor,” Quevedo says, the players “created their own rules within the existing order of things.” 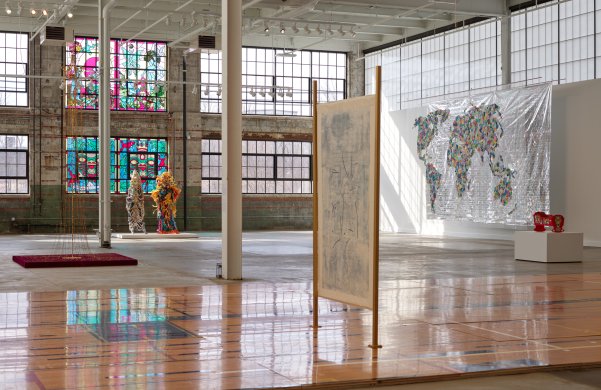 Comunidades Visibles: The Materiality of Migration 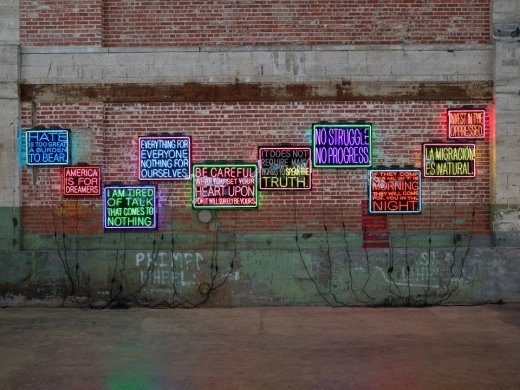 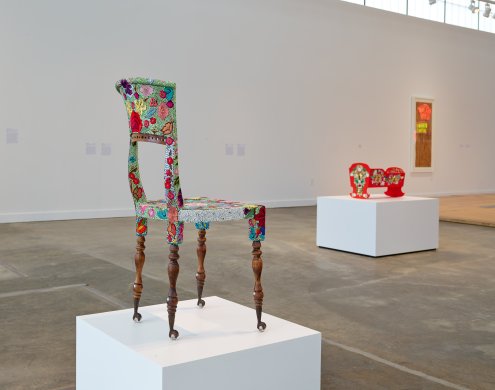