In the early 1990s, sculptor Shayne Dark began collecting pieces of ironwood that washed ashore near his home overlooking Fourteen Island Lake, north of Kingston, Ontario. Initially, he simply set the pieces aside as a kind of readymade sculpture, organically shaped by the lake’s waters and through the intervention of local wildlife.

While working with his brother, who is involved in stage production, the idea came to Dark to paint the wood. Since then, the artist has worked primarily with light-absorbing, ultra-matte paint—most commonly used on theatrical sets—in saturated shades of ebony, crimson, and blue. For Dark, taking the step of painting the branches was not simply an aesthetic choice but also a means to prompt a conversation with the public about the relationship between nature and artifice, environments as they are and our environments as we make them.

For Tanglewood, and a number of related works, Dark started with identical, prefabricated posts instead of driftwood. With these sculptures, it is in the acts of painting and aggregation that the transformation occurs. The process of bringing the cedar posts together for Tanglewood is new every time it is installed; Dark allows his intuition to guide the final arrangement. Ultimately this installation hopes to draw attention to Bassett Park as a shared space in our community, underscoring the importance of supporting nature and culture where we live and play.

Tanglewood was previously on view at the Buffalo and Erie County Botanical Gardens as part of Shayne Dark: Natural Conditions. 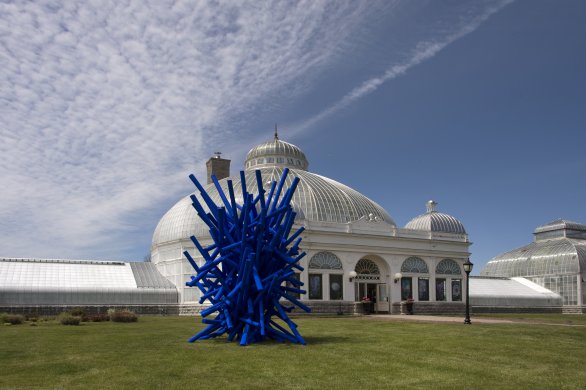 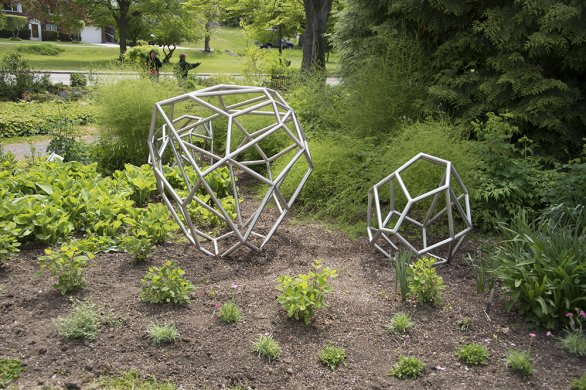