In an effort to create art that was socially relevant, Norman Lewis depicted scenes of the unemployed or homeless on the streets of Harlem early on in his career. In the early 1940s, his outlook changed following a visiting to the Museo del Prado in Madrid, Spain. Reflecting on this experience, Lewis commented, “Goya’s etchings didn’t stop any wars.” Recognizing the limits of figuration, he turned to abstraction as a strategy to distance himself from what he felt was a racially biased visual language that reinforced negative stereotypes. In New York, Lewis came to join the growing group of Abstract Expressionist artists. Unlike his contemporaries, however, he did not fling, drip, or smear paint onto his canvases. Instead, he employed a subdued color palette and poetic subject matter that reflects nature and our place within it. While his approach to painting eventually became fully abstract, Lewis continued to question the relationship art should have to the outside world, and he never relinquished his passion for social change.

Upon first glance, the orange paint in Street Music appears to be just lines. Yet, after extended viewing, you might begin to make out figures—or are they music notes? Lewis loved to convey motion in his works, especially the movement of people through urban environments, in and out of buildings, and congregating on street corners. Street Music presents a bird’s-eye view of such a clustering of people, which, for Lewis, represented the coming together of ideas, goals, and shared values. 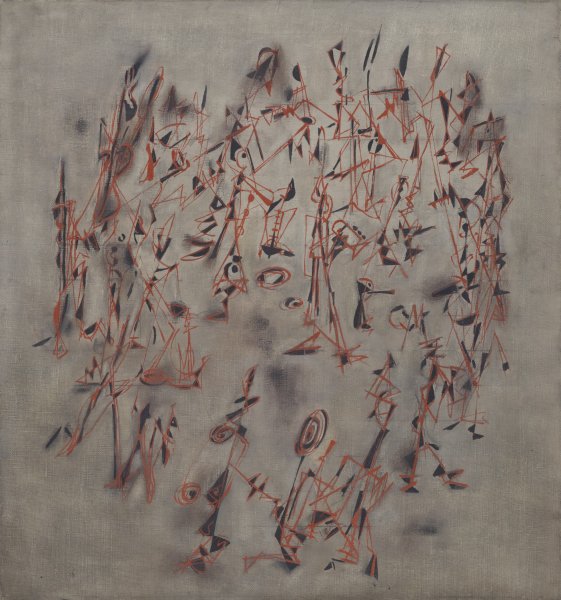 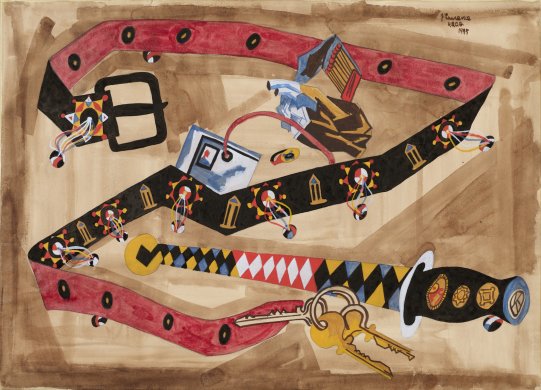 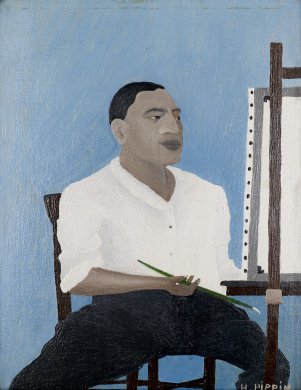