This exhibition, with work by Jenny Holzer, was originally installed in the United States Pavilion at the 44th Venice Biennale in Italy in 1990. Chief Curator Michael Auping, as United States Commissioner, organized the exhibition, which won the Leone d’Oro (Golden Lion) award for Best Pavilion.

The Buffalo installation was the first United States presentation of Holzer’s recent work and included a number of works from the Biennale installation, as well as several new works designed for the Albright-Knox’s exhibition space.

Since her first series of public art texts, TRUISMS, appeared as broadsides throughout New York in 1977, Holzer has employed the medium of language in a variety of formats to convey her artistic messages. Her texts were inscribed on Italian marble tile floors as well as on a series of light-emitting dicode (LED) signs, the electronic message boards for which she is best known. The Buffalo installation was the first United States presentation of Holzer’s work. Following the 1990 Biennale, the exhibition traveled to Städtische Kunsthalle in Dusseldorf, Germany, and to the Louisiana Museum, Humlebaek, Denmark.

Born in Gallipolis, Ohio, in 1950, Holzer attended Duke University and the University of Chicago before completing a bachelor of fine arts degree at Ohio University in Athens. She entered the master of fine arts program at the Rhode Island School of Design in 1975, where she began her first work with language. She enrolled in the Whitney Museum of American Art’s Independent Study Program in 1977, and then applied her words to such media as billboards, metal plaques, television spots, t-shirts and tractor hats. Each body of Holzer’s writing speaks in a unique voice, and the voice can run effortlessly from a graffiti-based harangue to elegiac narrative. The texts, as they evolved, include: TRUISMS, 1977–1979; INFLAMMATORY ESSAYS, 1979–1982; LIVING, 1980–1982; UNDER A ROCK, 1985–1987; and LAMENTS, 1987–1989.

This exhibition was organized by Chief Curator Michael Auping.

Support for the Buffalo exhibition was made possible by, in part, by funds from the National Endowment for the Arts, the New York State Council on th eArts, and the Members' Council and Junior Group of the Albright-Knox Art Gallery. 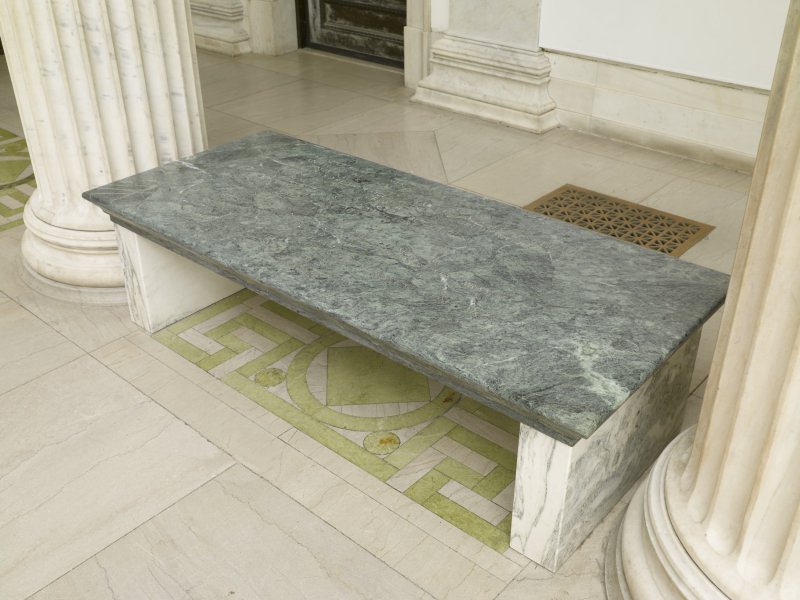 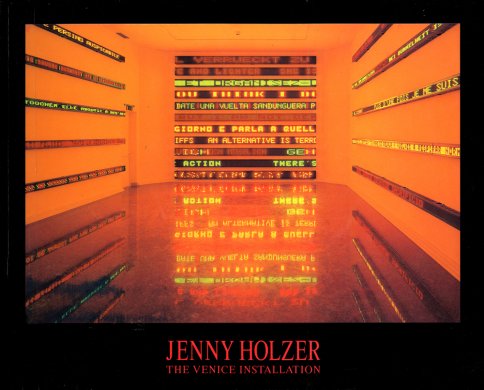 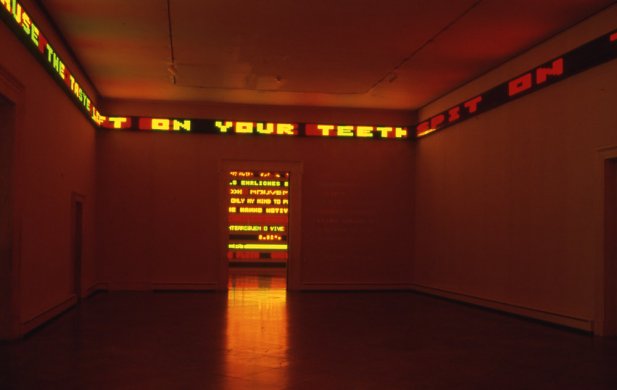