Three Ways to Make a Scene

Artists have often found inspiration in art history’s movements and from their fellow artists. While André Derain, Stuart Davis, and Giorgio de Chirico painted with different styles and focuses, all three artists created landscapes. This lesson plan will examine these artists’ various styles through the theme of landscapes.

About the Artists and Art

Stuart Davis (1892–1964) was born in Philadelphia and raised by artistic parents who both studied at the Philadelphia Academy of Fine Arts. They supported his decision to leave high school to study with the well-known American artist Robert Henri (1865–1929). Henri taught Davis to create art by capturing urban life realistically and often, therefore unglamorously. In 1913, Davis attended the first International Exhibition of Modern Art (also known as the Armory Show) in New York, where he found inspiration in modern European art, especially Cubism. This inspiration, along with Davis’s focus on urban life, can be seen in the Albright-Knox’s work from 1938, New York Waterfront.

Influenced by European art and jazz music, Davis created bright and vivid urban landscape paintings with energetic shapes and lines. Davis was inspired by the hustle and bustle of America’s urban landscape—especially the busy waterfront of New York City that is seen in this painting. Abstract but recognizable shapes—interlocked and layered together—bring energy to the work. Fragments of buildings, smokestacks, piers, and bridges seem to come to life with a visual rhythm similar to the rhythms found in jazz music. In describing this painting, Davis stated, “[It’s] not an image seen from an East River pier with the eyes alone . . . . It calls on the memory and the imagination to make what the eye sees alive again.”

Giorgio de Chirico (1888–1978) was an Italian artist whose paintings inspired many artists throughout Europe, including the Surrealists. He often painted everyday objects in ways that created uncomfortable feelings such as uncertainty, mystery, or fear. The Anguish of Departure, 1913–14, references one of de Chirico’s life experiences from when he was sixteen years old: the death of his father, a railroad engineer. Within the painting are objects related to departure: the train in the background, the two figures possibly saying “goodbye,” and the horse-drawn caravan leaving in the left foreground. The large, imposing space in the painting, along with the distortion of perspective and long, dark shadows contribute to a feeling of anguish, loneliness, and loss. The descriptive title, The Anguish of Departure, invites viewers into the imaginary landscape.

André Derain (1880–1954) was a French painter and sculptor who was guided by the artistic philosophy of expressionism, the expression of emotion through color. In 1905, Derain exhibited at the French Academy of Fine Arts with fellow artist and friend Henri Matisse (French, 1869–1954). The bright, unnatural colors they used led a well-known art critic to call the artists “les Fauves,” or “the wild beasts,” from which the Fauvism movement is named. The Albright-Knox’s painting by Derain from around 1906, The Trees, is an example of a Fauvist landscape. The landscape is composed of bright, unnatural colors and bold brushstrokes.

horizon line: line where the earth or sea meets the sky

collage: artwork comprised of various materials such as photographs pasted over a surface

reconstruction: the act of putting something back together

overlapping: the process of laying one object on top of another

All three of the paintings in this lesson can be discussed individually to highlight the artist and work, as well as together to compare and contrast the painting styles. Creating a chart such as a Venn diagram can help students in comparing the similarities and differences of the artworks.

Begin the discussion exercise by showing students each painting individually. Ask students to identify the different elements seen in André Derain’s painting The Trees. Can they spot the horizon line? Have students discuss if the forest appears real or abstract. Explain that Derain’s philosophy of painting was to express emotion through color (a philosophy known as expressionism). Ask students how they think Derain felt about the forest and what their emotions are when looking at the painting.

When discussing Stuart Davis’s painting New York Waterfront, ask students to brainstorm what they may see on a waterfront and if they can decipher what shapes Davis is representing in his painting. Have students discuss if the waterfront appears real or abstract. Explain that Davis wanted to reflect American life by using bright colors and bold forms to depict American urban landscapes. If applicable to your students, explain that Davis was influenced by the Cubists and compare aspects of his work to Cubism.

For Giorgio de Chirico’s painting The Anguish of Departure, explain to students that the scene of the painting is a piazza (pee-ah-tzah), the Italian word for an urban gathering place. See if students can identify all of the objects in the painting. Ask what helps to contribute to an uncomfortable feeling in the painting (e.g., the emptiness; small figures; distortion; long, dark shadows). Ask what mood the painting evokes for them and why. Explain to students that de Chirico painted everyday objects but manipulated them to create uncomfortable feelings such as uncertainty, mystery, and fear. Point out the objects that are related to departure, such as the train in the background, the two figures possibly saying “goodbye,” and the horse-drawn caravan leaving the left ground.

Display all three of the paintings together. Viewing all three of the paintings, discuss the creation of a horizon line in each work. Have students create a three-sectioned Venn diagram with the three sections intersecting one another in a triangle form. Label each of the sections as one of the paintings. In these sections, have students identify the elements of each painting that are unique to each particular painting (e.g., Derain’s scene is of a forest while de Chirico’s is of a piazza and Davis’s is of a waterfront). Where all three areas meet on the diagram, have students list similar aspects of each painting (e.g., all three works are paintings and landscapes). Have students share their observations with one another. To wrap up this discussion and segue into the artmaking activity, ask students to share which painting they like best and why they chose that painting.

Students will begin the lesson by creating a horizon line across their paper. Remind students that there are several possible locations for their horizon line by referencing the three paintings in this lesson. Using coloring materials, have students fill in the sky and land in their background. This will serve as the base of their collage.

Before students create their collage, have them focus on their chosen painting as inspiration. If they chose de Chirico’s work, they could include magazine cut outs such as a moving vehicle to represent the train. If they chose Davis’s work, they could cut out shapes in three or four colors of their choice. For Derain, students might use little pieces of paper as if they are brushstrokes. Remind students that artists can find inspiration in other artists or styles and use them to create their own artwork.

For a playful activity, display the students’ artwork and have the class try to guess which artist inspired each student’s work. This conclusion could be made into a game or a class discussion. Once the entire class makes a guess for each displayed work, let each student tell which artist they chose and how they constructed their collage based on their inspiration. 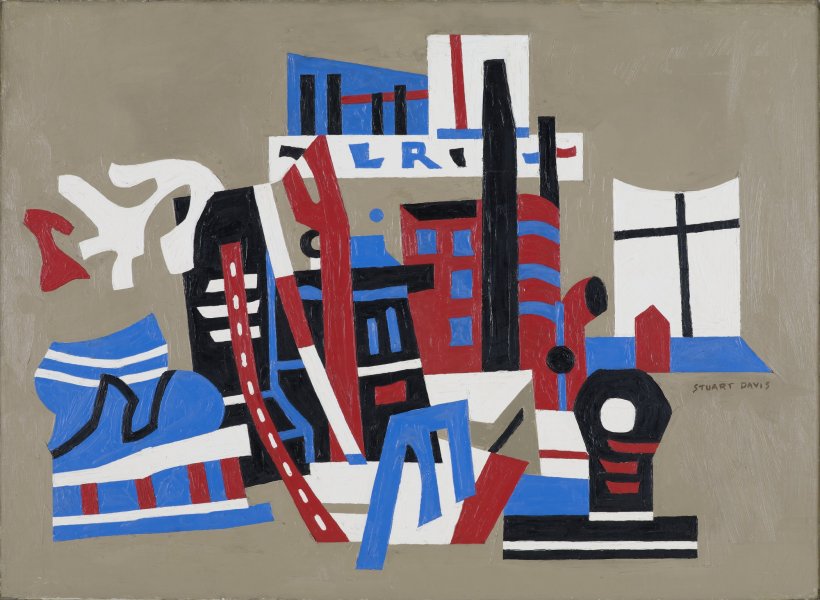 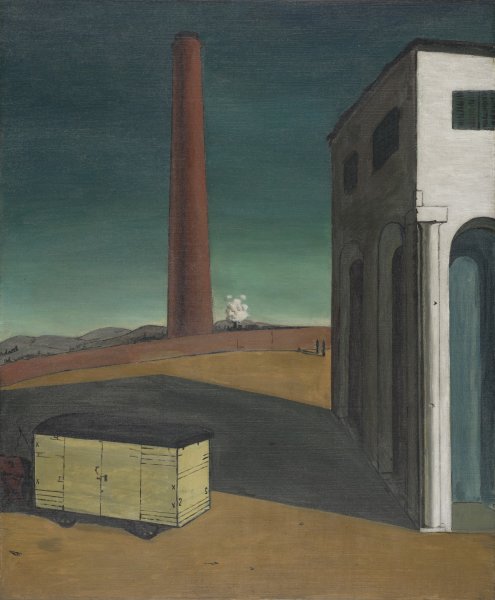 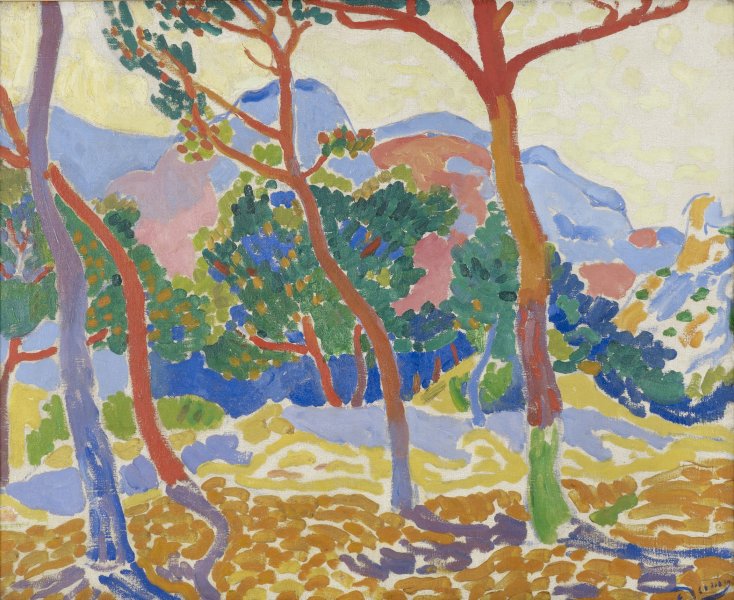